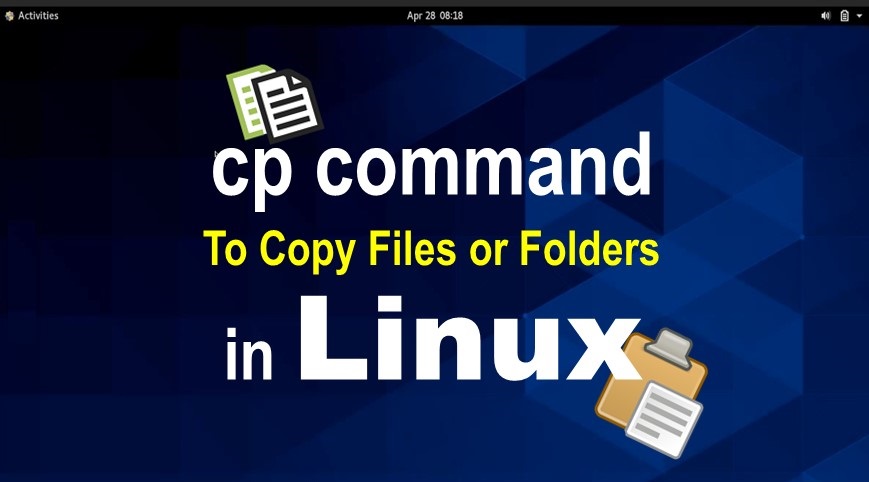 cp Command to Copy a File in Linux

Description of cp Command to Copy a File in Linux

You can use the cp command to copy a file in Linux as well as a folder of any kind to the same working directory of any other destination directory.  The use of absolute and relative path is also necessary as per requirement.  In the subsequent content of this article, we will scrutinize the cp Command according to the following state of the home directory with the help of numerous examples.  Following color coding is used to describe better command to copy a file on Linux.

As per snapshot above, present working directory is /home/bilwadal.  And, the list of folders and files are displayed under ls (list) command.

Copying a Single File in a Folder within same Location

Description : In the above command line, a file named “accounts” has been copied to a directory named “pune“. On listing of directory “pune“, we can see the file “accounts” also placed in it. Relative path may be used in this case.

Copying a Single File in Folder of Another Root Location

Description : A file called “audio” is copying in the directory named “delete” placed in root path “/tmp/delete“. Absolute path must be given in this case.

Copying Multiple Files to a Folder of same Location

Description : Copy all the files “accounts“, “bill“, “billo“, “bwc” and “letter.txt” into the folder named “office“. Only the last word will be assumed as destination folder or file.

Copying Multiple Files to a Folder of another Root Location

Description : Copy the files “accounts“, “bill“, “billo“, “bwc” and “letter.txt” into the folder “delete” of a route directory “/tmp/delete“.

Copying all the Text files into Folder of same Location

Descripiton : Copy all the txt files into the folder named “raipur“. Here, sign * denotes all the files and “.txt” denotes the files having extension of “txt”. Hence, only all those files with ‘txt’ extension have been copied.

Copying a File into another file

Copying a File into another File

Creating a Backup File when Copying a File into another File

Copying a Folder into another Folder

Description : -r is a option of “cp” command. “-r” always used for copying a folder to another location. All the files and folders in the copying folder will also be copied.

Copying all the files starting with letter “s” into folder “ajay“

Description : There is a folder named “ship” also. So, to copy all files and folders starting with letter “s”, “-r” option used with “cp” command. s* means all the files whose names start with letter “s”.

Copying all Files and Folders into a Backup Folder

Description : “-r” used for copying folders, “*” used for all the files and folders. There is a error report shown but actually, the folder has been created.

Getting an Alert before Overwriting a File

Description : On using this “-i” option with “cp” command, an aleart message will be produced by the system and asked you to confirm if actually you want to overwrite the file “lotery“. You can submit your answer in Y or N. Accordingly the file will be copied.

Preparing a New File which make links with an Old File

Description : There was a file named “audio” in the home directory. With use of “-l” (small L) option with “cp” command, a new file created as “myaudio” which will be a linked file of file “audio“. Means, whatever we will add in the new created file “myaudio“, the content automatically ammed or added with the older file “audio“.

Visual Confirmation of Copying Each Files

Copying Files without Changing its Property

Getting Help on the cp Command in Linux

To know all about mkdir command in Linux, you can visit here.