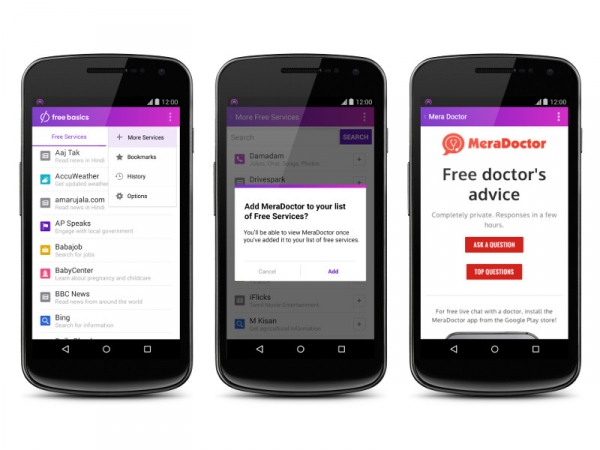 A good deed by facebook has hit an obstacle

The Telecom Regulatory Authority Of India has put the mobile carrier to temporary suspend the free internet service called Free Basics. The reason for this being into action is whether the FREE INTERNET SERVICE, whether or not, violates net neutrality.

What is Free Basic’s?

Introduced in February 2015, facebook’s app Free Basics allowed users to have free access to more than a dozen websites.

Reliance mobile network was required to access this service. Though the range of the app is limited to Wikipedia ,BBC news, Accu Weather and about a dozen infant health sites including facebook messenger, but the implication of that are huge. This app enabled for free access of the interweb to the people that can’t afford this “mundane” luxury.

But this app is in controversy ever since it surfaced.

The advocates of net neutrality have the Free basics software in their crosshairs. The reason of this being the advantage of the sites that are available in the app.

At the hindsight, they do have a point.

The Internet is a place of cutthroat competition.  Where there are sites that just came into existence, the only for these sites to survive is good search engine optimization. But the free basic app gives some of the sites full exposer and support that other sites don’t actually have. Hence, creating a disparity between on the content on the interweb.

TRAI necessarily put forth a ban on these sites.

Therefore, TRAI has proposed for a differrent charge for different online content.

Now we will see what happens. Until then, just hold on!