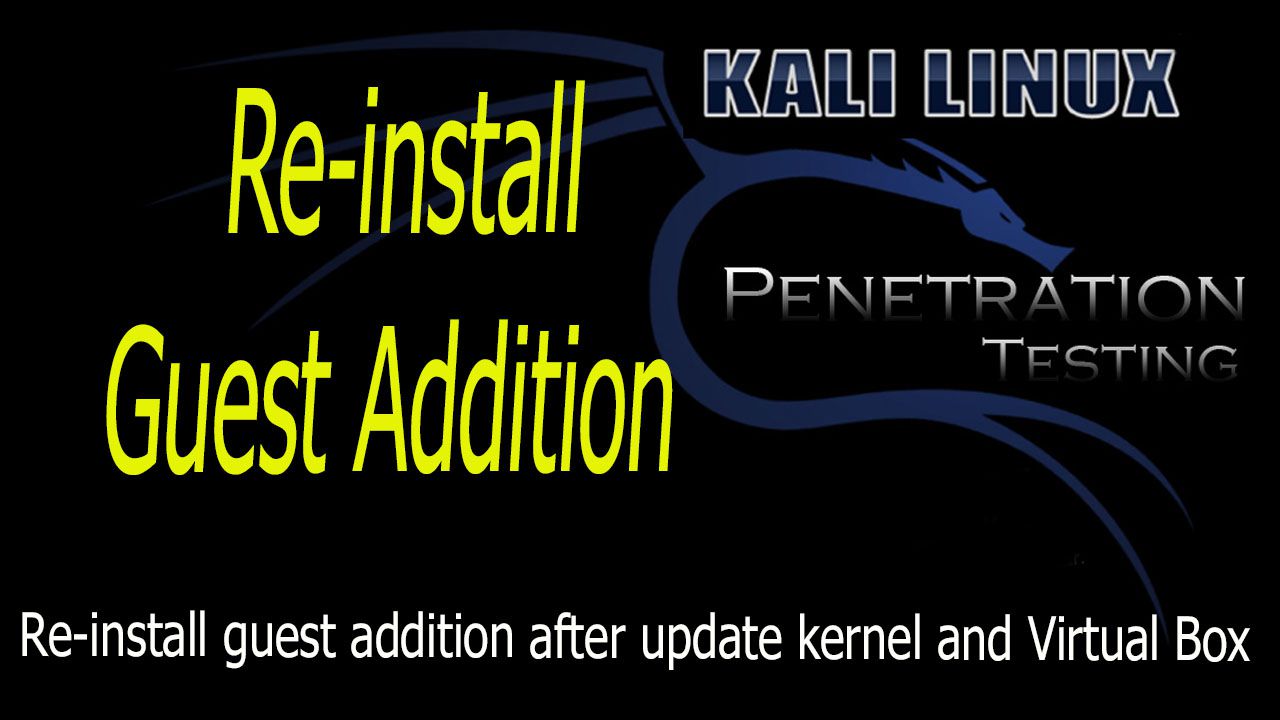 This is very interesting and useful post for the Penetration testing learner, students to setup and maintain Virtual lab properly. If Pentester want to make practice continue on the Virtual Machine, he should be maintain the virtual lab. Some time when we setup the lab properly and everything is working fine. After some time we get notice from virtual box site that new updated version available and we installed newer version. It is working properly but installed guest addition is not working properly.

If you are using Kali Linux Virtual Machine and you have updated Kali Linux with newer version. In such condition Kali Linux kernel has been updated automatically. So you need to reinstall guest addition after update Kali linux kernel as well as Virtual box by following given instruction
Step 1: Login with root user and open terminal

Step 4: Attach the DVD of guest addition and copy all data in one new folder with guest

Step 5: Give the full access for the user to execute files (Binary)
#chmod 777 -R /root/Desktop/guest