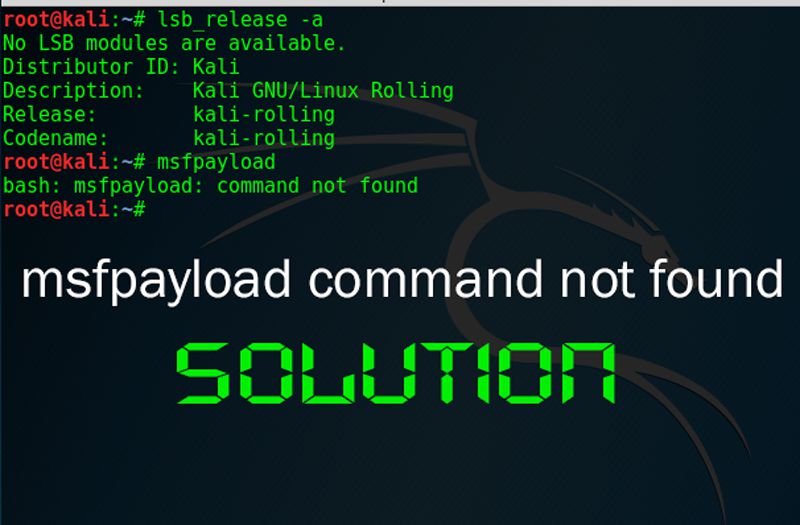 Hey, There is Vijay  kumar, Welcome on my Blog!

msfpayload command not found is a big problem, As you know msfpayload was a very effective tool to generate payload and msfencoder for encoding payload by using good encoder. There are lots of articles, books related to generate Trojan, payload by using this utility available on different sources. some days back I have written article Creating Trojan Horse (Encoded)By Using Msfpayload but it is useless. Now days I have installed metasploit-framework on linux OS and run commad and I will get the error “msfpayload command not found”

Why does msfpayload command not found ?

As mentioned in the blog post was published by rapid7 on Jun 8th 2015, goodbye msfpayload and msfencode. And rapid7 has removed both commands.

So what is next?

when they removed those command they provided a strong working platform combination of msfpayload and msfencode called msfvenom. Now run the msfvenom command to create a payload (trojan, backdor) and encode by using it. there is no more difference for generating payload. I have written an good article MSFvenom replacement of MSFpayload and msfencode – Full guide on msfvenom.

Easiest way to use Kali Linux by commands but you should know there are thousands of the Kali Linux commands.