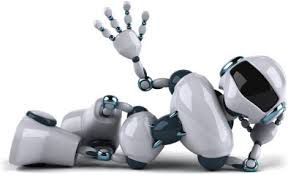 The Evil that is hacking

We gotta prevent it at any cost. To prevent it, we gotta take into account the hubris of the hackers and mow their asses down. That’s where the device HoneyBOT come in. But 1st, the basics that even i didn’t knew yesterday. So Let’s start

What is a BOT?

In the ‘NON’ virtual realm of the mankind. BOT means anything that is automated, meaning working on its own. BOT is the short for RO-BOT. A Robot does single or multiple tasks given to it by the creator and it does it by itself, following upon the instructions that were given to it at the start. It does a monotonous or polytonous work repeatedly again and again without fatigue(Its a ROBOT for Christ’s sake). A bot in internet is an automated system that travels through the network. A bot can either do automated work or is being given specific input by its user at a specific time to do the his bidding. For Example , web crawlers, chat bots ,malware these are bots and honeyBOT is a BOT that captures all of these bots.

HoneyBOT : A Honeypot for windows

What the first thing comes in your minds when you hear the word honey? In my mind I always get hungry but that’s besides the point, when you thing honey you think a sweet delectable dish that is both tasty and well…..disgusting. If a fly comes into it it traps it , if any object comes into it it traps it and in the virtual world if any Dumb ass fly hacker comes through it to your system it traps his traffic. That’s what honey-bot is, It captures malicious network traffic. A BOT to capture other bots. Its the most important security tool nowadays, because the information it captures is very valuable, entire keylogging information of the hacker, even his mistakes.

How does it work?

It works in the same way every secret organization in ever badass movie you ever watched works. Just like they wiretap the phone and fool the perpetrator into thinking that he/she is winning, in the same way honeyBOT establishes its listening posts across the computer sockets and it then imitates the vulnerable services. On the other side the hakcer thinks that he is winning and the server he is trying to hack is real, WHAT A DUMASS? Now whatever he is doing on his system is being recorded by the honeybot for analysis, Like gathering evidence from the criminal itself. The captures data is then being used for the future safety measures. awesome right.

If you want to try it out click ‘HERE‘ …. Let me know in the comments how was it!!

Hate is strong human emotion, it should not be wasted as you waste love”