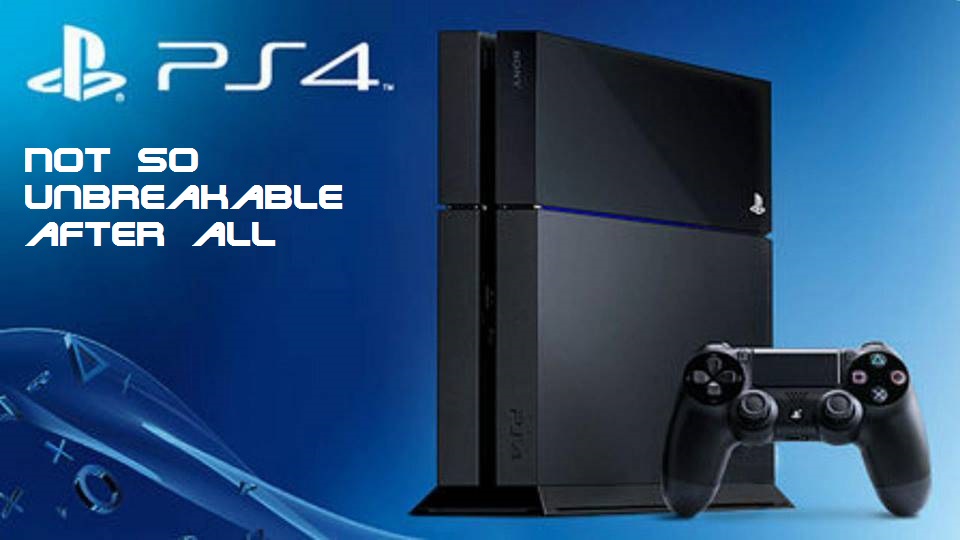 Ever since the release of the herald of new generation of consoles(not discounting XBOX One), hackers have been trying to tinker with it. Trying to find a away to doodle with unauthorized soft wares on the system. Well, it seems they might just have succeeded.

Just bypassing the huge deal that is breaking into the Playstation 4, a lone hacker by the name of CTurt  claimed to have developed a Jailbroken(hacked) version of the new generation playstation. He did it by exploiting the kernel of his own creation.

This jailbreak allows for RAM dumping. A technique that allows user to install a custom firmware and run home cooked application on sony. In other words, the ps4 may be jail-breakable now.

Piracy galore will be introduced to this new generation of consoles now, and the less we talk about the plight of gaming industry, the better. Although I have still not forgiven EA forStar Wars Battlefront for its bullshit but there are several others, companies better then EA that will suffer the burden now.

CTurd have said that this jail-breakable-nes will only work for PS4 v1.76 but more up-gradation are going to be made for more recent firmware. Injecting the system with an external code shows the vulnerability of the PS4 systems that dazzled all of us with its performance and looks so that we won’t heed to the big fucking security hole in the system.

Sony is sure to get its shit together with the next patch and work against the jail-breakable-ness of the system.

Tell us what you think! Is CTurt right and I am wrong or I am right and CTurd is wrong.