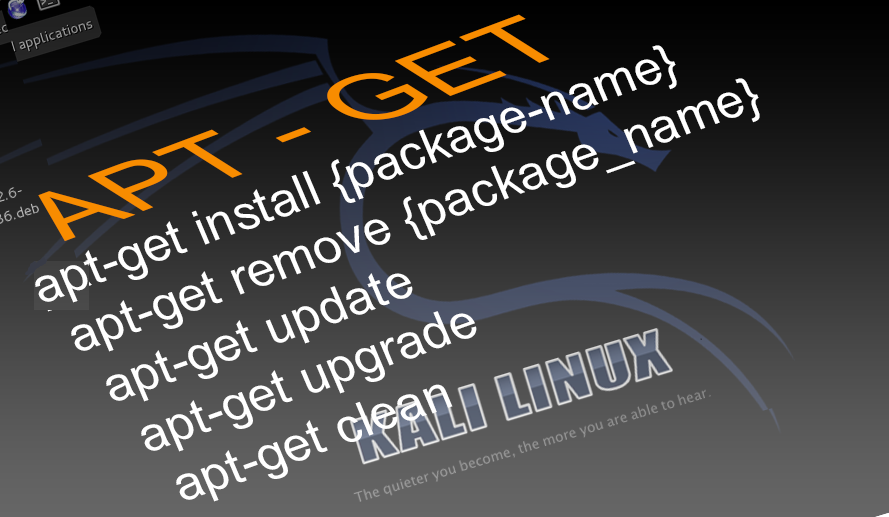 How to install any software in Kali Linux

In this tutorial I am going tell you about apt-get utility, which is used for managing software. In the sense of managing => install new software, remove installed software, update software, purge software etc.

The APT is a Kali package manager is used for handling package utility is known as “apt-get”. It is a powerful command-line tool for managing software package. It is used for installing and removing packages in Linux. It is installed packages along with their dependencies. Dependencies are the additional packages required for other software. For example: The best friend of pentester is Metasploit is written in Ruby programming language. Without Ruby installed in your system, Metasploit could not work launch. So Ruby is a dependency on Metasploit.

Before installing any packages on the system, it is recommended that update first.  The syntax for performing updates follows:

The upgrade function is used for download and install all newer version of installed software package in Kali Linux. Use following commands for upgrading Kali Linux:

How to Remove/Uninstall software in Kali Linux: apt-get remove

Apt-get can work as remove packages, if packages are not useful anymore then it can be remove by using following Syntax

At the time of upgrading distribution the Operating System’s software packages are replaced by new and improved version. The auto remove function will remove old version package no longer needed for functionality of system. Syntax

sudo apt-get autoremove
It should be perform after upgrade or distribution upgrade.

This function will erase software packages completely with related configuration files in one fell swoop. It is dangerous when used incorrectly or by mistakes. So use remove for uninstalling software packages. Purge can be used by the following syntax:

Packages are downloaded from the source in the system, unpackaged, then installed on system. Package will reside on the system, which are no longer necessary after installation of package. These packages consume the memory and need to be cleaned away. Use following command and launch clean function :

Auto-cleaning additionally cleans the framework in a comparable manner as the clean unction; notwithstanding, it ought to be pursued update and dispersion moves up to the framework, as the autoclean capacity will uproot old bundles that have been supplanted with new ones. Syntax:

Putting two or more function together :

If you have any question related how to install software in kali linux comment below in comment box. You can join our forum for more discussion. It is free for you!