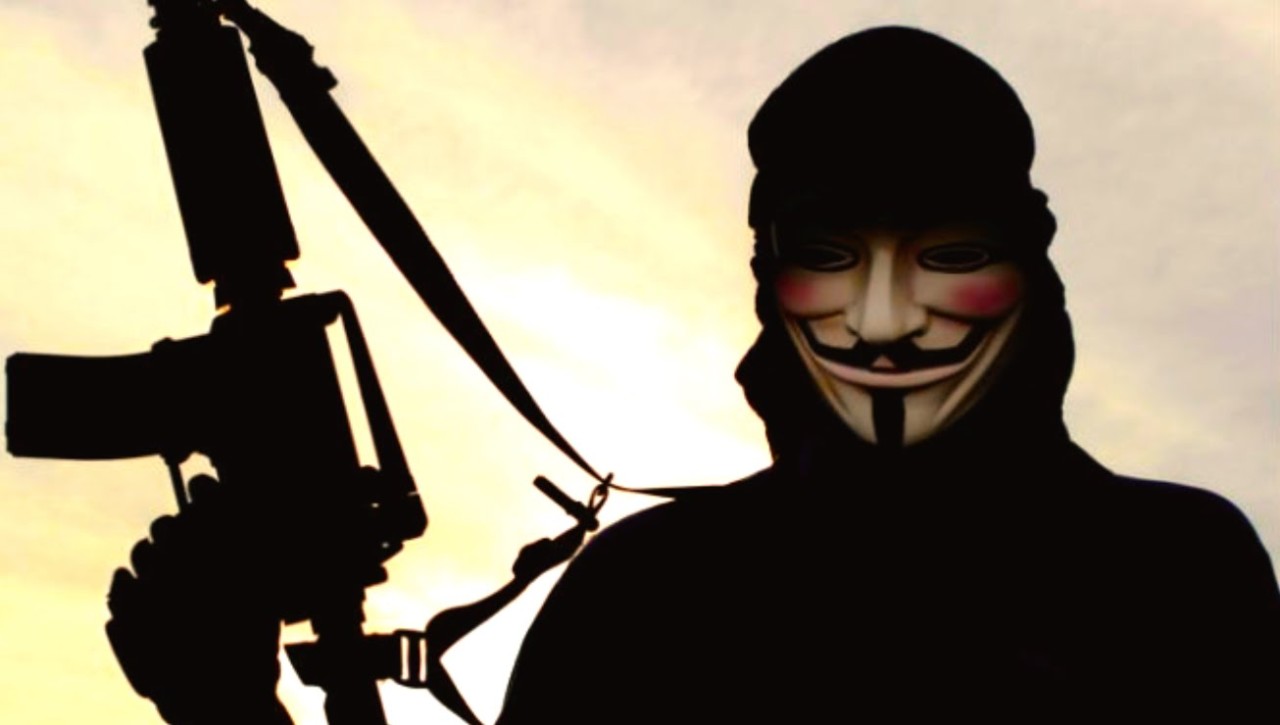 Total Curing against VIRUS (terrorism) prompted anonymous to take down 20,000 twitter accounts that were linked to the IS that is In Sewage #IslamicStateInSewage. Or as they claim, maybe its real…I don’t think its a fluke because its bad-ass. so for me I am believing that its true. All this comes up as #OpParis after the deadly attack on Paris on november 13th (also it was friday) of this year.

Whereas countries like Russia,France and United Stated are waging war against these twats from the sky. Anonymous is taking the fight to the part the terrorist organization benefit(maybe) from the most, online. That being said, I don’t really thing bolding ‘online’ is making much of an impact but anyway the hacktivist group is saying that its battle online against terrorism is gonna be more epic than that of the government. With claims of kicking out 20,000 accounts off twitter on Wednesday Anonymous in its YouTube blog provided the list of the accounts that had been taken out. 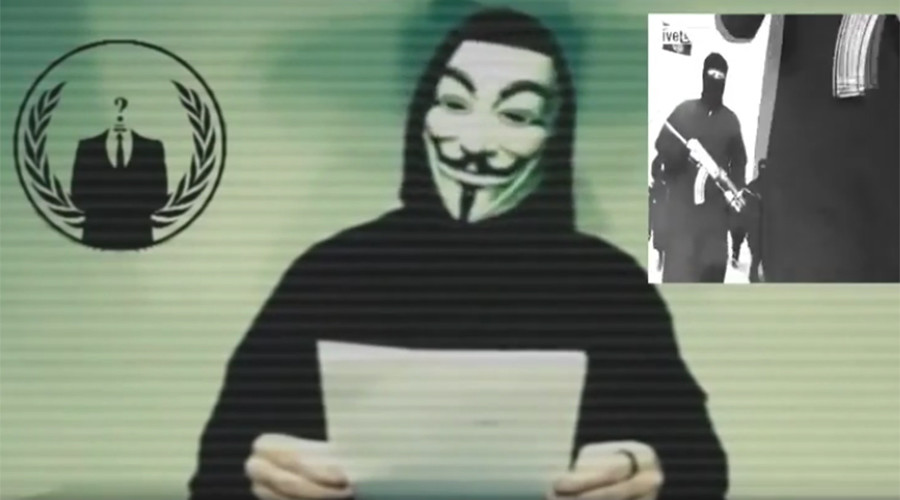 The above given video of the guy wearing the Guy Fawkes mask made famous by the movie V for Vendetta (maybe not…but I believe that) can tell you the rest of the story. But this …this CRUSADE might have already led some unintended consequences. That is it can really, really mess up the undercover investigative reports collected by the cyber security agencies.

For that let’s take a closer NON boring look at how anonymous actually FUCK-SHIT-UP!!

First and foremost, an anonymous is like a renegade cop…..NOT the vest wearing, six packed cool ones but the tech savvy cool ones. They still maybe living an overweight life under their ex girlfriend’s new boyfriend’s basement but who am I to judge….I am writing this with no pants. Anyway, as awesome as this tech wars seems to be it has its downs too, that we gotta take with a whole lot of grain of salt. And NO this is not me bashing anonymous, I support them truly but this article may even be read by the anonymous too……which I really doubt that they even will look an ounce to this thing. So enough of my ramblings, Now we see how anonymous FUCKS-SHIT-UP

Counter-terrorism-cyber-warfare-agencies(say it 10 times fast) always have welcomes the efforts of the anonymous when it comes to the beating up of the unholy. Now the modus operandi of the hacktivist is exposing the shameless twitter handles (Not Kanye’s handle) and reporting it too the company or paralyzing these websites by bombarding them with online traffic. All these methods completely ignore the collateral and their renegade nature doesn’t come under the law. “So they can just mow down other legit content without even giving it a single thought” says Scott Borg, Chairman and Chief Economist of the Cyber Consequence unit, “As anonymous mostly shuts down the websites the government have already put their hands in and their infiltration don’t come to any consequence if the site is already gone down the crapper” he added. Sounds like anonymous may work better in cohesion with the government. Enter DigitaShadow 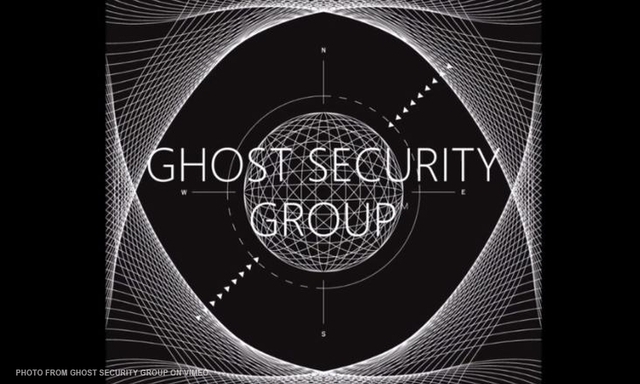 A Ghost security Group with mere 15 members in US, UK and middle and notorious for taking down 149 terrorism related websites started out as an anonymous affiliation but have long since cut its ties with the group and now is a non profit organization working alongside the US government. According to them anonymous is more like a force of nature uncontrollable and derailing everything that comes in the way. “QUIET effective but QUIET disruptive too” says DigitaShadow.

Amidst all this scepticism Borg still insists that the group does more good then harm. “With the amount of these terrorist sites popping up anonymous tireless efforts maybe destrutive but if they CAN shut down this terror propaganda, few innocent victims are still worth it”, Borg says.

So all in all, support is in abundance for the ANONYMOUS. And why it won’t be, THEY ADD THE BAD-ASS TO THE NERD! I would love to see Heisenberg in anonymous and ya know be good, like I so not wanted him to be in Breaking Bad. 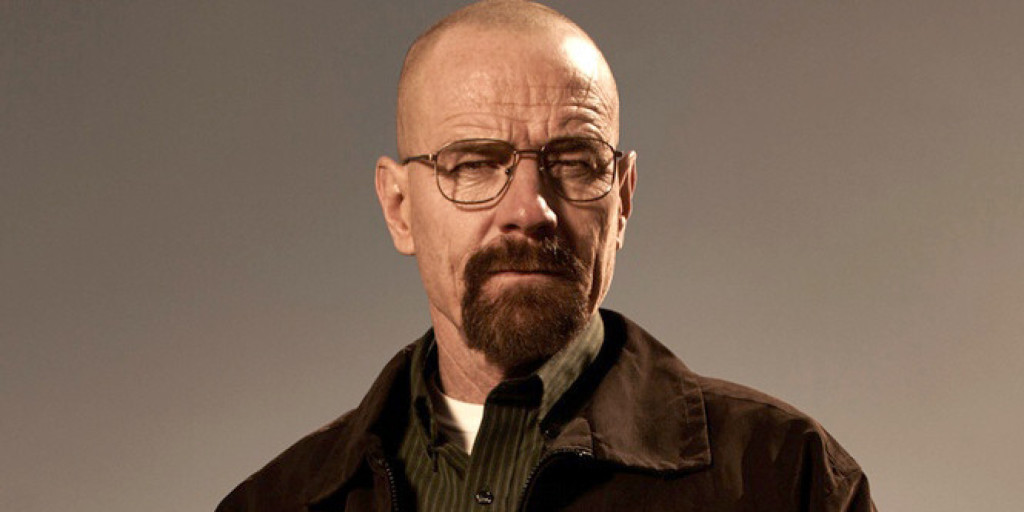