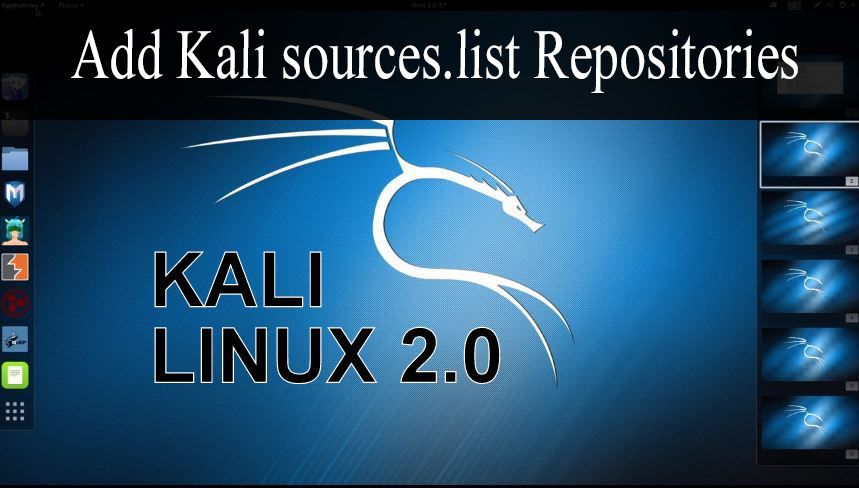 Git Source Repository is a Server that stores all updated verified tools for Kali Linux.  We need to add these server addresses to the source.list file, locate /etc/apt/.

As we know Kali Linux is a Debian-based Operating System, so all the Debian packages can be installed on it. Read ( How to install deb files in Ubuntu )

But in some cases, packages may crash in the Kali Linux. It happens due to incompatibility. So it is important to add only the official source list in the file.

Step 2: Copy the source lists ( Regular Repositories and Source repositories) and add them into /etc/apt/source.list file

At the time of installation of Kali Linux, You have access to the network. It means you are accessing the internet.

Your installation process will take time to download in install the newer packages on your kali system.

If Yes, It means you have configured a repository in your machine. So run the following command to check repository configuration.

On a standard, a clean install of Kali Linux, you should have the following two entries present in/etc/apt/sources.list:

You can find a list of official Kali Linux mirrors here.

In case you require source packages, you might also want to add the following repositories as well: